The Impact of Technology on Architecture

Historical Effect of Technology on Architecture

One early example of the impact of technology on architecture is the construction of the stepped (and later) smooth sided pyramids found in ancient Egypt. Egyptians were able to use simple technology (by modern standards) to accomplish sophisticated monuments.

The building technology used by the Egyptians included not only a requirement to understand basic engineering principles (to prevent collapse of constructed structures), an understanding of physics (to build ramps at the right slope to haul massive stones) but also the insight to use a non-engineering and construction technology (namely, boats and canals) to their advantage. Previously, boats were used for fishing and trade. The Egyptians used ships to transport large blocks of stones weighing several tens of tons safely on canals to the location where a particular pyramid was being constructed.

Cathedrals of the Middle Ages 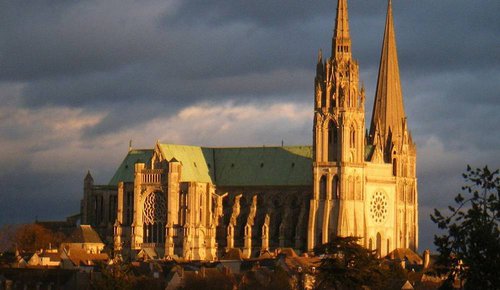 Not only were cathedrals important religious buildings, they were also important economic drivers for the towns and cities in which they were constructed. Thus, religious organizations and towns alike competed to have the “biggest and best” cathedrals to draw more people to their community for trade, commerce and to live.

As this drive to construct grander, taller, and larger cathedrals continued, new technology had to be developed to support the extra weight of stone ceilings and walls, and to temper the forces of wind pushing against taller and taller walls. Failure to address these forces could result in disaster – such as the collapse of the Beauvais cathedral, in 1284.

What is a flying buttress? The Oxford Dictionary of Architecture provides the following definition: “a specific form of buttress composed of an arch that extends from the upper portion of a wall to a pier of great mass, in order to convey lateral forces to the ground that are necessary to push a wall outwards. These forces arise from vaulted ceilings of stone and from wind loading roofs.” If you have seen photos of the Notre-Dame de Paris’ south façade, you will recognize the flying buttresses.

Whereas Romanesque period cathedrals were solid and heavy with thick walls (resulting in dark interiors), Gothic cathedrals were intended to make the churches “look like heaven” with high ceilings, slender buttresses, and large, bright stained-glass windows providing both light and decoration.

Cathedrals of the Middle Ages provide an explicit example of how changes in technology and architecture go hand in hand, and how the impact of technology on architecture can define the aesthetic of a period.

The Industrial Revolution, Technology and the Modernist Movement 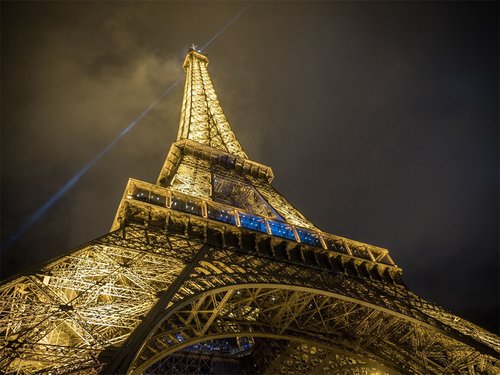 Following this period of technological advances, Modern architecture developed as one part of the larger Modernist movement. Modernist architecture created designs at the intersection of technology and architecture - abandoning past styles and conventions during this period in favor of a form of design based on essential functional concerns. These developments could not have occurred without advances in building technologies, including steel frame construction and the curtain wall (used in commercial applications) and other innovations such as drywall and balloon frame construction (which is a predecessor to today’s platform wood frame construction).

The Impact of Technology on Architecture Today 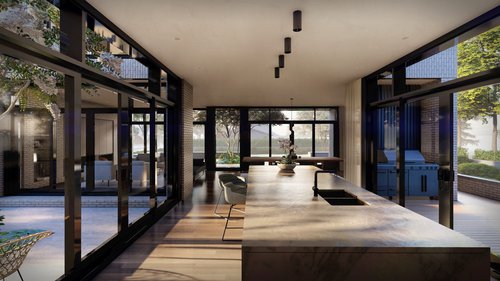 The impact of technology on architecture continues to be apparent today. While certain technologies of the past are still common today (such as steel frame construction in commercial applications, and drywall in residential construction) advances in materials science and building technology impact architectural design and the construction industry continually.

For example, advances in window technology have allowed the use of large panes of glass (or “glazing”) in residential construction without the requirement that these large windows utilize cost-prohibitive commercial grade windows. Window technology (such as low-E windows) is also allowing homes to become more energy efficient without sacrificing the ample natural light, views, access to nature, and the other benefits that make modern house plans with large windows a great choice.

For example, architects and builders have options to move away from traditional wood-frame construction to use materials that provide greater energy efficiency (whether that’s keeping in the heat or keeping it out!). One such option is structural insulated panels, which are made from a layer of foam insulation that is sandwiched between pieces of plywood, strand board or cement panels. The North America Home Builder’s Research Centre estimates that SIPS save up to 50% in energy costs over homes build using conventional methods and materials.

Another key focus of technology and architecture at present is the sustainability and environmental impacts of construction materials and methodology. While lumber used in wood frame construction is a renewable resource and plant-based polyurethane rigid foam is becoming more readily available, it’s also great to reduce and re-use. For example, architects and builders can now order recycled steel beams and panels to fit each specific design.

Digital fabrication of architectural materials and components is another clear impact of technology on architecture. Think 3D printing on a massive scale. These developments provide for greater precision and allow architects, engineers and designers to leverage computer generated modeling to contribute to the end result. The scope of this contribution can range from a few stylistic components (such as a 3D printed decorative facade panels) to 3D printing of entire buildings!

The Future Impacts of Technology on Architecture 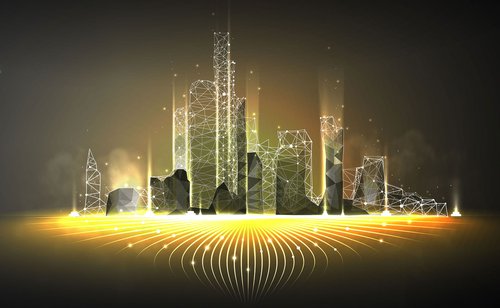 We can only guess what technology and architecture hold in the future. Even our best predictions will miss the mark – after all, the Jetsons had us living in the sky by now, and I am still waiting on my robot maid (although my Roomba vacuum is a step in the right direction).

We expect to see a focus on smart tech continue in the years to come, including smarter and smarter windows. For example, we already see some application of electrochromic windows to a limited extent in boats, cars and airplanes, but the market is expected to reach $7.5 billion by 2028. Electro chromatic windows use electrode arrays to create windows that can be adjusted to block out certain amounts, or wavelengths of light on command. This proves useful not only for reducing energy consumption to cool homes (as residents can diminish solar heat gain), but can also manage daylighting, privacy, glare and color rendition.

Technology and architecture will also continue to respond to our changing climate. Already, certain jurisdictions require homes to meet certain design, construction, and safety standards in order to respond to climate risks that are particular to their location. For example, parts of California must meet Chapter 49 Requirements for Wildland-Urban Interface fire code requirements. We expect to see design, technology, and architecture play an important role in keeping communities and residents safe as our planet continues to warm.

Digital design and 3D modeling have already begun to change the face of architecture. This design trend will continue, as these types of software and technology allow architects to push the boundaries of design and engineering due to their computational and analytical prowess. The capabilities of these technologies will only continue to grow, and we expect that materials and construction technology will also become more sophisticated to match the design capabilities of creative and capable architects and designers.

As you can see, technology and architecture have gone hand in hand for thousands of years, and continue to do so today. Not only do architects push the application of new technology beyond their original intent (such as the Egyptians using trading boats to transport massive stone blocks) but the advent of new technology also allows architects to push the boundaries of our built world as we move through history. And sometimes, as in the case of flying buttresses, it's the architects and designers who create new technology in order to realize their visions for a better built world and experiences within it.

LET US KNOW WHAT YOU THINK

Love great design?
Want to offer some feedback?
Have an idea for a blog?
Interested in one of our plans, but need more information?

We’d love to hear from you!

DROP US A NOTE